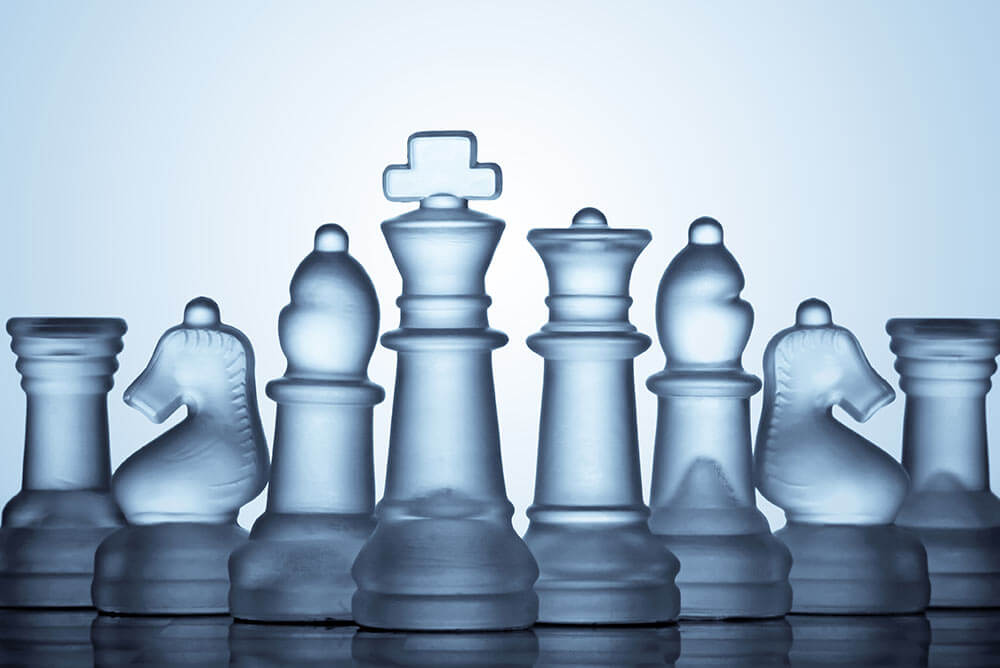 PROCRASTINATION? KICK IT TO THE CURB!

Procrastination is a universal affliction. So much so that the renowned 18th-century intellectual Samuel Johnson – writer of one of the first English dictionaries – described it as “one of the general weaknesses” that “prevail to a greater or less degree in every mind”. Way back in 800BC, the Greek poet Hesiod warned against it, cautioning not to “put your work off till tomorrow”.

In short, procrastination is something we all have to deal with, and having a good strategy for doing so will make a big difference, and not just to how much work you get done. Studies have shown that procrastinating undermines other aspects of your life too. One of the earliest studies on procrastination was conducted by the American Psychological Society Fellows Dianne M. Tice and Roy F. Baumeister in 1997. The study examined college students and concluded that procrastinators earned lower grades than other students and reported higher cumulative amounts of stress and illness. Procrastinators not only finished their work later, but the quality of it suffered, as did their own wellbeing. Basically, putting off your work means that you feel worse.

So why do we do it to ourselves? Experts (as in people who know a lot about procrastination, not those who are really good at it), define it as the voluntary delay of an important task, despite knowing we will suffer as a result. But how do you overcome this spiteful time-stealer and avoid this needless pain? Especially given that the spiteful time-stealer is, well… you.

We’ve assembled some strategies here to help you get things done, without wasting precious time trying (and failing) to ignore the task at hand. But first, let’s have a look at what’s going on in the brain of a procrastinator.

The Brain at War

Let’s return again to the universality of procrastination – why do we have such a strong aversion to doing things that we know need doing? As it turns out, our brains are wired that way.

Not that you would know it, sitting there pointlessly sharpening your pencils instead of writing that report due tomorrow, but there’s a war going on in the procrastinating brain. The war occurs anytime you’re faced with a distasteful, mandatory activity, and it determines whether or not you finish your report or wallow in guilt and regret. The war is waged between the limbic system and the prefrontal cortex.

The limbic system operates unconsciously and has many responsibilities, including behaviour, motivation and emotion. Unfortunately, it has a tendency to favour immediate mood repair – so, if you’re doing something you don’t enjoy, this part of the brain will likely signal that you stop. Basically, it’s the lazy devil on your shoulder. The angel is your prefrontal cortex, which is responsible, among other things, for decision making and planning cognitively complex behaviour. It carries out what is often described as the ‘executive function’.

Unfortunately, the limbic system, one of the oldest and most dominant parts of the brain, generally exerts more influence than the prefrontal cortex, which only developed recently (in evolutionary terms). In any case, when you next find yourself idling uselessly when there’s work to be done, just scold your limbic system for the slacker it is. Or (perhaps more productively), continue reading and develop strategies to overcome your limbic laziness. 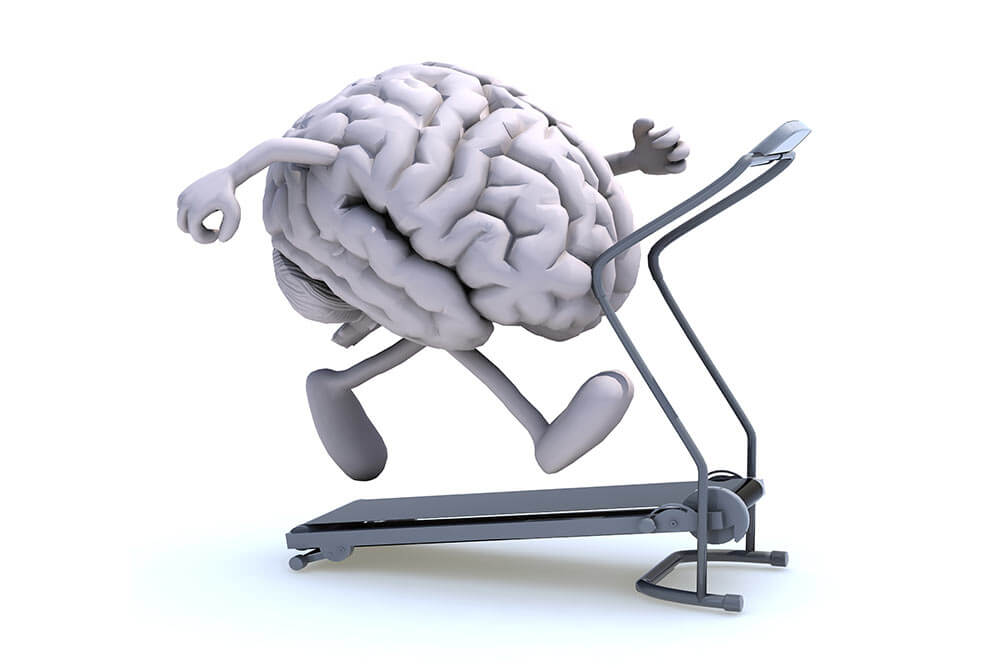 First, let’s go over the basics. As we discussed in a recent post about productivity (link productivity and nutrition article), how you eat makes a huge difference in how much you’re able to get done. Ditto for sleep – a good night’s sleep grants you additional reserves of willpower that make applying yourself much easier. Exercise, too, has been said to improve one’s ability to concentrate.

Having achieved that, remove potential distractions – put away your cell phone, put a sign up on the door. Heck, you can even disable specific sites on the internet (ahem, looking at you Facebook, Youtube…) with any of the apps in this list: http://techpp.com/2011/06/09/block-distracting-websites/.

Changing the scenery might be a good idea too. Especially if you would otherwise be working in your bedroom or the lounge – places where you’re accustomed to relaxing. Your brain associates these spaces with the activities you generally do in them, like sleep. So attempting to work or study in your room may well result in you flat on your back with your eyes closed. Going to a public library is a great idea. On offer: a quiet environment and an air of studiousness that is vaguely helpful in a mysterious, intangible way. But a cafe will do, as will any new environment with a tolerable noise level.

And here you are. You’ve eaten and slept well, maybe you even got the heart pumping with some cardio exercise. You’re in a fresh environment with no distractions, feeling good. In short, you’ve done everything you can to bridge the gap between action and inaction. At this point, having laid all the foundations for a productive day, it should be easy to work. When all factors are accounted for, you should find that it feels natural getting down to business: getting it done. But even then, motivation can be frustratingly elusive, the limbic system stubbornly uncooperative. Despite the best preparation, work sometimes remains a seeming impossibility. So what next?

It’s all about overcoming inertia, and that may require tricking yourself into applying a different perspective to the task at hand. An incredibly simple and effective way of doing this is committing to a mere 10 minutes of work. Starting is always the hardest part – it’s when you have the most work still to complete. The immensity of what needs to be done often has a paralysing effect. Tell yourself you’re only going to work for 10 minutes, however, and suddenly getting started isn’t so hard after all. After 10 minutes you’ve accomplished something, and it motivates you to keep going. Perfect.

There are other suggestions from professionals in a similar vein: time intervals and itemisation.

If you find yourself facing a lengthy, self-directed work stint, time intervals are your friend. The prospect of five hours writing at a desk is daunting, so break it up into more manageable pieces – you will find that you approach them with (slightly) less dread than if you took on the big block all at once. Try working 25 minutes, take a 5-minute rest, and repeat. This is called the Pomodoro technique which is also widely used to promote learning, as well as making it easier to stay on task. Plus, organising your time in this way allegedly promotes mental agility.

Itemisation simply means taking a large, complex task and reducing it to manageable chunks. This, like the 10-minute commitment technique and the Pomodoro technique, prevents you from being rendered immobile by the sheer magnitude of the job at hand.

As we discussed in our recent blog on the morning routine (link morning routine blog here), it’s essential that you tackle the hardest task first. Not the easiest, or most important. The biggest, baddest task on the to-do-list. “We have a limited, depletable supply of willpower and resources,” according to Piers Steel, Ph.D., a professor of human resources and organizational dynamics at the University of Calgary and the author of The Procrastination Equation: How to Stop Putting Things Off and Start Getting Things Done.

So get stuck into the least inviting task on your to-do-list right at the start of the day, when you’re feeling fresh and ready. “Putting off the dreaded item on your list saps your strength,” says Eva Wisnik, a time-management trainer for lawyers and corporations in New York City. Putting off the nasty job till later simply means stressing about it all day – all your other tasks suffer, creating a disastrous domino effect. So, identify the worst job and get it done. “Checking it off will make you feel super-productive,” says Wisnik, thus “infusing with you with gung-ho, it’s-all-downhill-from-here enthusiasm.”

Lastly, if all everything else somehow STILL hasn’t induced you to work, call your friends and family and ask them for help. Not help doing your work (that’s yours, you slacker!), but help motivating you. Don’t ask for encouragement (although that’s fine too), simply promise that you will have this task completed at a certain time. Call a few people – not the forgiving, unconditionally-loving kind, but the mean, no-excuses kind, tell them when the task will be completed and ask them to periodically check in and crack the whip. Then, let the fear of disappointing them spur you into a frenzy of productivity!

Now, you should be more than ready to give that limbic system a sound beating on the brain’s battlefield. So smash that to-do-list and enjoy yourself some well-deserved leisure time! And do let us know in the comments if you have any other surefire ways to tackle procrastination!